I just wanted to share this quote with you all. It really turns the idea upside down that sex is shameful, naughty or sinful. How can you change your view of sex and your body? 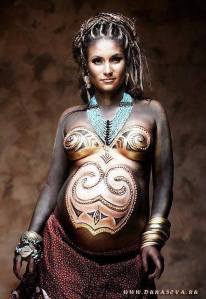 “Candles, music, flowers and wine – these we all know are the stuff of romance, of sex and of love. But candles, flowers, music and wine are also the stuff of religious ritual, of our most sacred rites.
Why is there this striking, though seldom noted, commonality?

Is it just accidental that passion is the word we use for both sexual and mystical experiences? Or is there here some long-forgotten but still powerful connection? Could it be that the yearning of so many women and men for sex as something beautiful and magical is our long-repressed impulse toward a more spiritual, and at the same time more intensely passionate, way of expressing sex and love?

Because we have been taught to think of sex as sinful, dirty, titillating or prurient, the possibility that sex could be spiritual, much less sacred, may seem shocking. Even stranger in a world where female genitals are sometimes described as “cunts” (one of the most obscene swear words in the English language), is the idea that women’s bodies and particularly women’s vaginas could be sacred.

Yet the evidence is compelling that for many thousands of years much longer than the thirty to fifty centuries we call recorded history this was the case. In traditions that go back to the dawn of civilization, the female vulva was revered as the magical portal of life, possessed of the power of both physical regeneration and spiritual illumination and transformation.

Far from being seen as a “dirty cunt,” woman’s pubic triangle was the sacred manifestation of creative sexual power. And far from being of a lower, base or carnal order, it was a primary symbol of the powerful figure known in later Western history as the Great Goddess: the divine source of life, pleasure, and love. ”

~ Riane Eisler, “Sacred Pleasure: Sex, Myth, and the Politics of the Body”