I was super excited to see this new ad by Trojan. It really highlights what healthy sexual consent is all about. High five Trojan!

It reads in big letters, “A slurred Yessh doesn’t mean yes. Be clear on consent.”

This ad is part of their campaigns travelling around campuses promoting the message of healthy sexual consent in relationships.

Trojan are encouraging students to sign a pledge to “support a culture of consent and to make sure consent is always given and received before and during sexual activity” according to their press release. 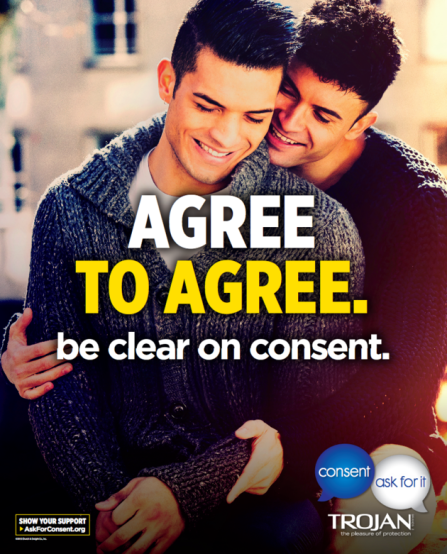 On the campaign website askforconsent they outline the new movement;

Join the movement to support a culture of consent. Help make sure that consent is always given and received BEFORE and DURING sexual activity.

Show your support by taking the pledge and sharing it with your friends on social media and in everyday conversations. Together we can make change happen.

There’s hardly any honest sex education out there that discusses important concepts like respect, consent and sexual autonomy. This is why this is so wonderful.

This new ad shows a great step forward from an industry that’s often shown some pretty offensive stuff about sexual health and consent.

Condoms ads in the past have encouraged sexual violence towards women and supported very black and white gender stereotypes.

I’ve seen condoms ads that show women with a broken and injured mouth for an extra large size condom and ads that complain about women having headaches etc etc.

Durex ran an ad campaign that said, ‘28 per cent of women who fought sex ‘ending up consenting.’ The ad below received so many complaints that Durex supported rape that it was pulled ten hours after its release. 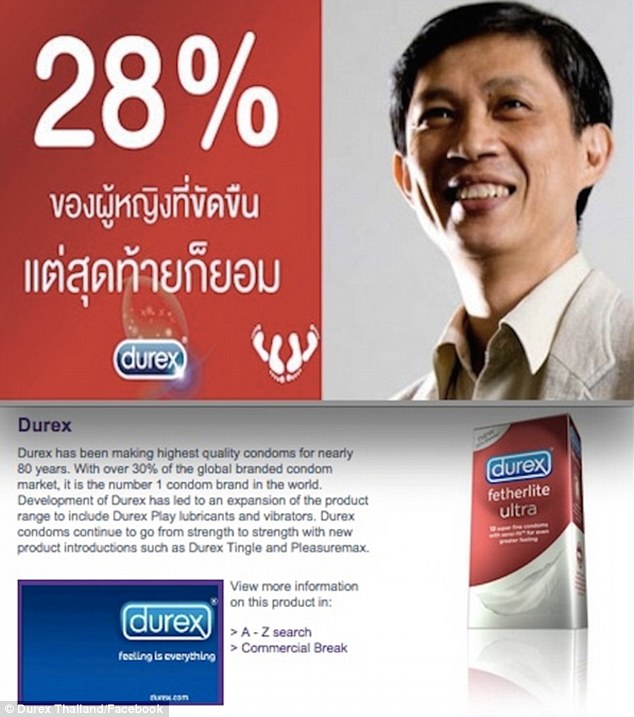 Even though almost half of condom buyers are women, the condom ads often target a heterosexual male audience by making snide, sexist jokes about women or reducing women’s bodies to pieces of meat on a plate or just objectified body parts. 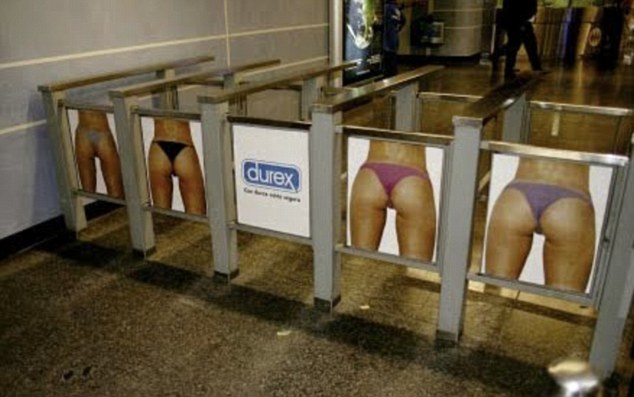 A cool and socially responsible condom company here in Sydney, Australia -Hero Condoms is going really well and this makes me very happy! Hero Condoms has sworne not to use sexist advertising that’s degrading to women. They  donate a condom in Africa for every single condom sold in Australia and New Zealand.

Hero condoms has donated over 700,000 condoms to Botswana. This is such amazing work because Botswana is the country with the world’s highest rate of HIV infection. They also support antiretroviral treatment (ART) to expectant mothers in Africa. Over 22 million people have HIV across Africa and it’s an epidemic.

Their condoms and lubes are also vegan friendly, petrolchemical and paraben free. I noticed they were partners with the Australian Institute of Sexual Health Medicine where I used to work for years.

I’m not sure what this men as pigs ad is all about that Trojan ran a while back because they didn’t run it in Australia. I just might leave you with this picture! Apparently when the pig buys condoms he turns into a man! The idea behind the ad is that everyone should have condoms on them all the time and that sexual health is the thing a respectful person should attend to. Ummm. I’m not sure about the men being pigs things.. What do you think?